Bad news for future backpackers in Australia: Australian scientists have found this year the worst coral death ever recorded on the Great Barrier Reef.

How does the massive coral death happen at the Great Barrier Reef?

The coral bleaching occurs when the water temperature is too high. The corals repel the colorful algae with which they live in symbiosis. If these algae do not settle back within a few weeks, they corals die.

In 2016 it was mainly due to the weather phenomenon El Niño, which continued to increase the water temperature.

The corals need ten to fifteen years to recover. Provided there are no further disturbances. However, as the oceans become warmer, there is little hope the Great Barrier Reef will never be seen in its original colors again.

Tourists are less guilty of coral death than originally thought

Interesting fact for tourists: In the most tourism-intensive area of the Great Barrier Reef between Cairns and the Whitsunday Islands, the corals decreased by only 6%. In the area around McKay-Area it is even only 1%. Also because not all reefs are accessible to mass tourism.

This is also absolutely no call to be incautious at the next dive on the reef. On this occasion, we urge you not to touch the corals or to push them with fins. Here are some tips what you can do to help the reef.

For the scientists from the James Cook University, climate change is primarily responsible for coral reefs. Tourist boats and divers, however, have less impact than initially thought.

Australia offers only minimal protection for the Great Barrier Reef

Last year, the Australian government approved oil drilling in the area of the Great Barrier Reef. Now it announced to adopt further safeguards for the reef.

Unfortunately, these additional measures are only put in place as the UNESCO threatens to take away the title of World Natural Heritage. The Great Barrier Reef is the largest tourist magnet in the country. 5 billion Australian dollars are flushed into the country every year.

This video is onyl a few days old.

In addition to climate change, cyclones are also massively increasing

In 2011, travelers were already given a taste of what the Great Barrier Reef will look like in the future. At that time Cyclone “Yasi” landed in Mission Beach near Cairns. The tropical storm was strong enough to reach Mount Isa and still be classified as a cyclone. Typically, tropical storms rapidly lose intensity as soon as they hit on land.

Banana farms and the cane sugar industry took a whole year to recover from the effects of the storm. Backpacker jobs in the area were rare. The prices of bananas rose explosively, before they normalized again 12 months later.

The government of Australia granted the Second Working Holiday Year, when someone helped with the reconstruction and rebuilding of the area after the storm. The storm caused a damage of a total of 3.5 billion dollars.

The storm Yasi also massively damaged the coral reef. Even months after the impact tourists and divers saw the effects. The corals have lost their colors and have been severely damaged.

Matthias, a German backpacker and a Travelgott, who at this time volunteered on a dive boat on the reef for several days, tells us about his experience:

I still remember the pictures and brochures from the tour operators. These of course showed only the best sides of the reef. Also on the dive boat you could see videos and photos and you were just looking forward to see it live soon. On my first dive I was totally disappointed. For me, it was clear at the time that the photos were just processed.

It was only when I talked to a dive instructor about it a few days later that I realized that the corals had simply lost their colors within a very short time. The “real” coral reef I have unfortunately not seen and I am afraid I won’t ever be able to.

What are your impressions of the Great Barrier Reef? Write us your experience in the comments. 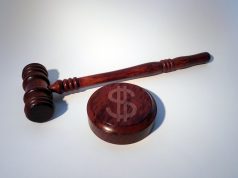 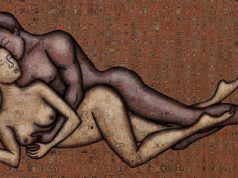 Backpacker Tells how he Ended up in a Hostel-Threesome 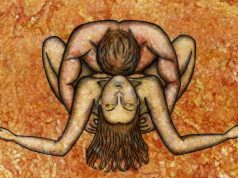 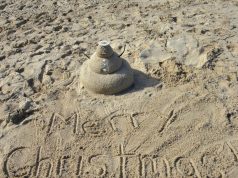 Christmas Special: Send us the Bill of your Flight to Australia!