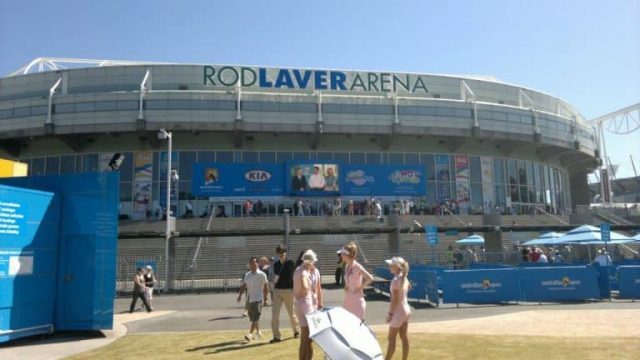 The Australia Open, one of the biggest tennis events, takes place every year from the middle to the end of January. The cheapest way to watch the AO are ground passes, which are relatively cheap, they cost about $30-40 dollar. Ground passes give access to all matches during the preliminary rounds at a specific day.

However, the two big stadiums, Hisense and Rod Laver Arena, are excluded from those. But otherwise you can easily move from arena to arena and from match to match without being forced to watch a full match.

Quarterfinals tickets cost about $150. However, you know only the day before, which players play for during the day and who plays the night session. If you do not want to risk having a match sold out before you get tickets, you’ll have to buy the cat in a poke and hope to get your match. Night sessions are usually sold out faster as Australians like to watch a match after work.

Where to buy tickets?

In our experience, the easiest way to get tickets to the Australian Open are tourist information stands in the city. At Federation Square for example you can buy them. Other than that you can try at the venue itself. However, if you need to buy them in advance, there is no real need to make all the way there. You can try online for sure, but we had better luck by just asking at the stands. We were lucky, some people returned their tickets for the quarter final and we got them quite cheaply.

Can you get in for free?

The brave among us can also try jumping over the barrier at Court 15. There is basically an easy way to jump over the walls, but this makes sense only during the preliminary rounds, because this doesn’t get you in the Rod Laver Areana.

You can try to sneak in, when everyone is pushing inside the Rod Laver Arena, otherwise you are better off looking for a cheap ticket.

Watch the tournament at the Federation Square

9 Things to Do and Know about Cairns – Backpacker Guide

When to Buy a Backpacking Car in Cairns